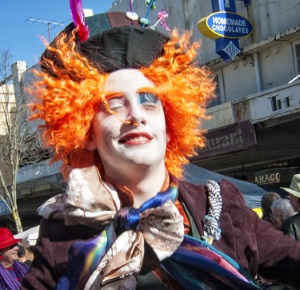 The Blue Mountains is home to a diverse community of people. The most disadvantaged people in our community generally live in the Upper and Mid-Mountains (particularly in the townships of Katoomba, Mount Victoria, Blackheath and Lawson), while the most advantaged tend to live in the lower Mountains (Lapstone-Glenbrook etc.) – though this tends to disguise genuine disadvantage “hidden” in higher socio-economic areas.

We have an increasing number of lone-person, or couple-only, households; and the mix of our population is changing (we are losing our younger population and have a growing older population).

58% of workers leave the Mountains for work, with increasing numbers travelling by private vehicle.

Some of the socio-economic disparity issues are exacerbated by the ‘ribbon development’ (linear geography) of the Mountains; while generally “included” in Greater Western Sydney, the Mountains in fact shares many of the features of rural/regional Australia. The consequent issues of isolation, high travel costs, exacerbated lack of affordable housing, and lack of access to services (many offered only in Parramatta or Penrith) – all combine to create a lack of equity, and place additional burdens on the most disadvantaged in our community.